You will need one piece of origami paper to complete this project. Follow these simple instructions to fold your own cute frog. 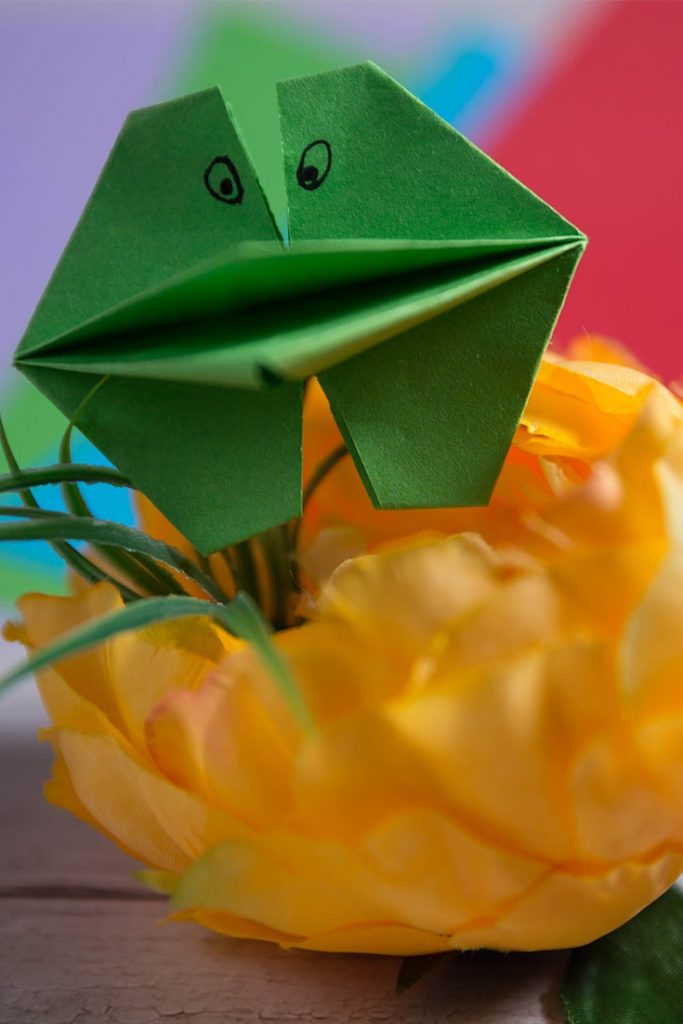 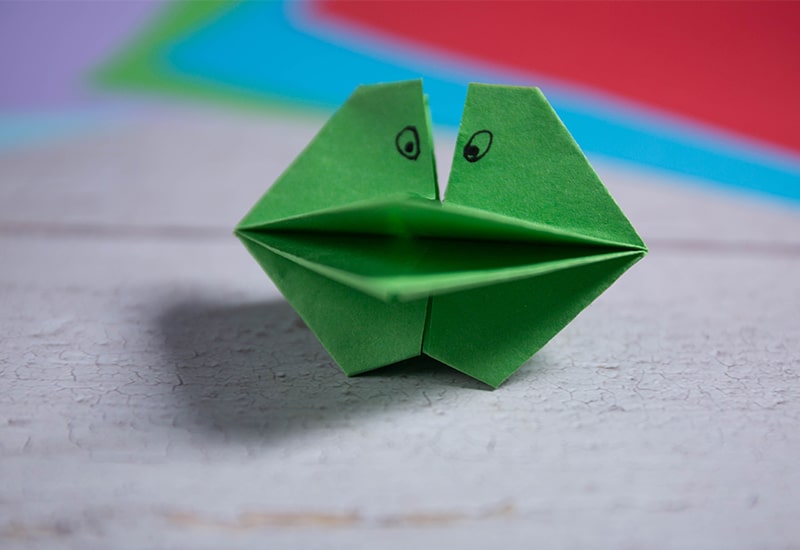 Start by folding the origami pig base. This is a commonly used base in origami 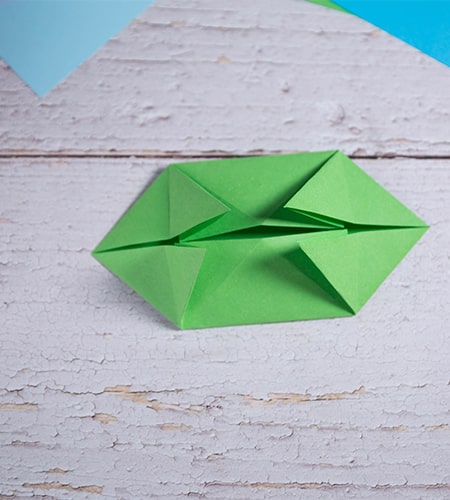 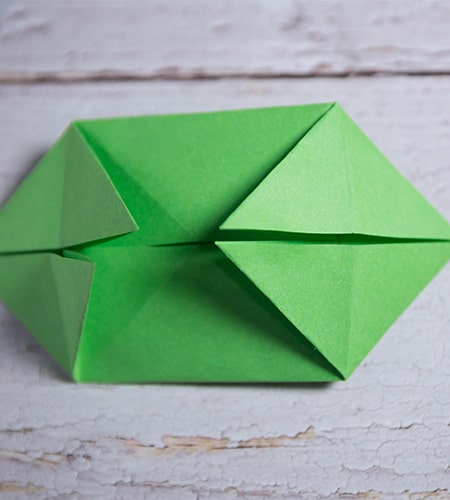 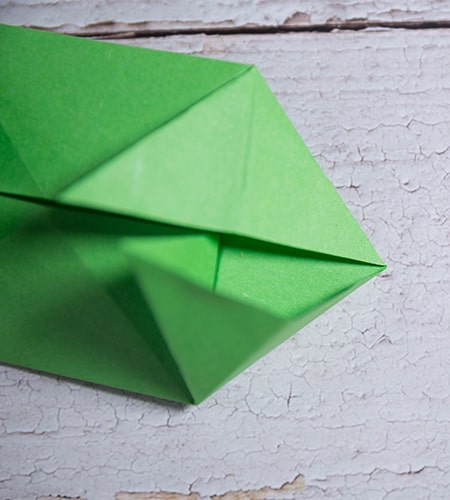 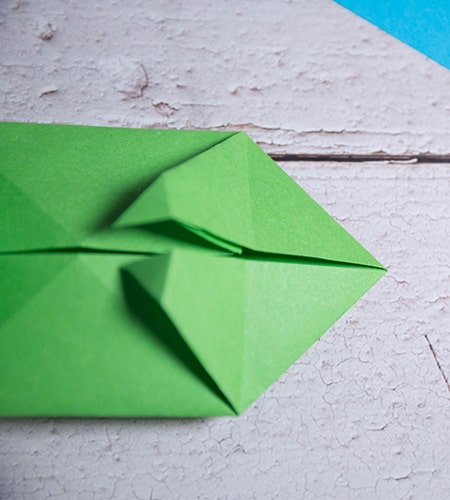 To make an inside reverse fold, make a mountain fold on each side of the paper, then push the tip inside so that the tip is hidden between the 2 sides of paper. 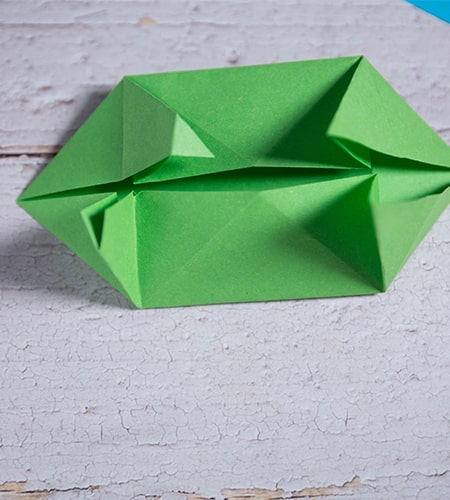 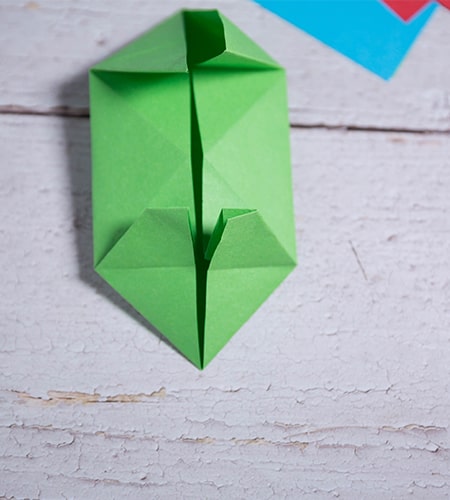 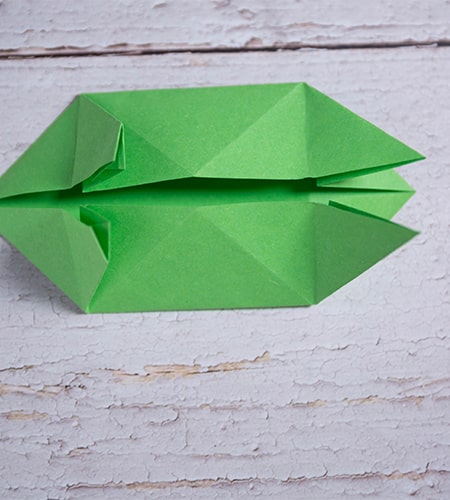 Now make a mountain fold and fold the paper in half. 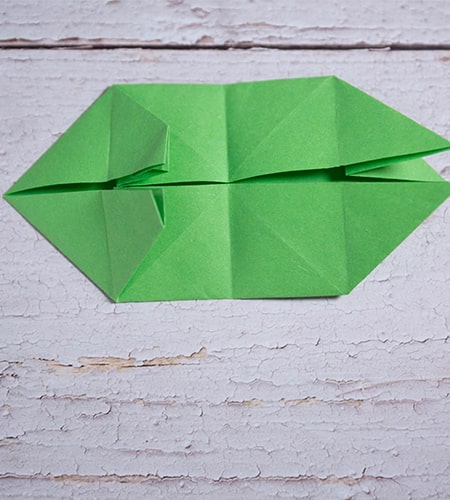 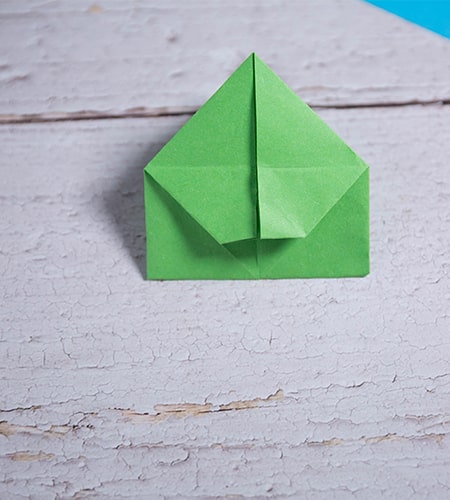 Now make 2 mountain folds where indicated. This means that we’ll be folding the paper under. 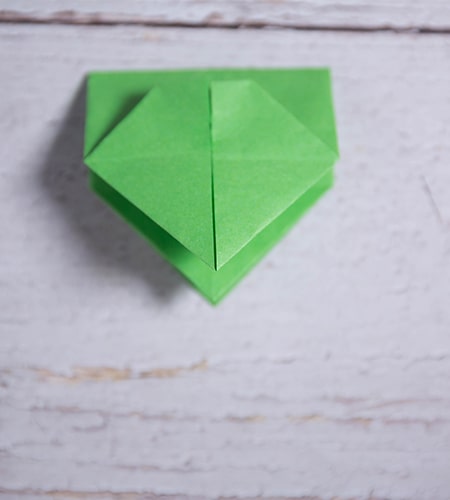 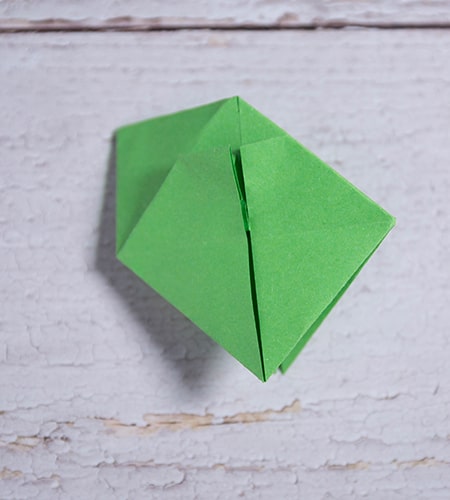 Now make 2 valley folds where indicated but fold it only halfway through so that the paper can stand up. As you can see, this will become our froggy’s face. 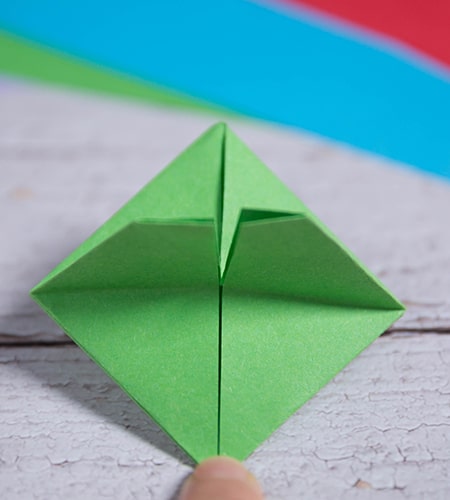 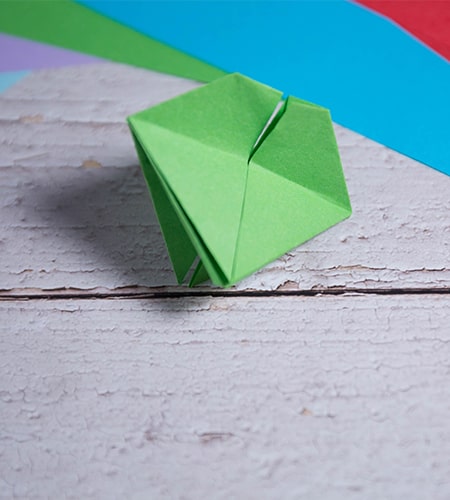 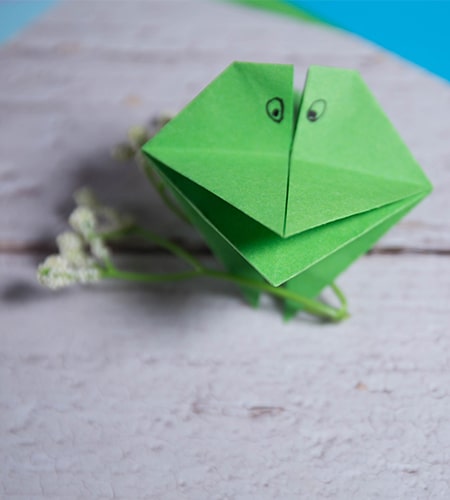