This lovely origami dragonfly joins a growing group of other origami insects already shown here on Origami Spirit: a bee , a fly, a swallow , and a butterfly . it requires two cuts to separate the wings. It’s a fun model and the results are surprisingly good. 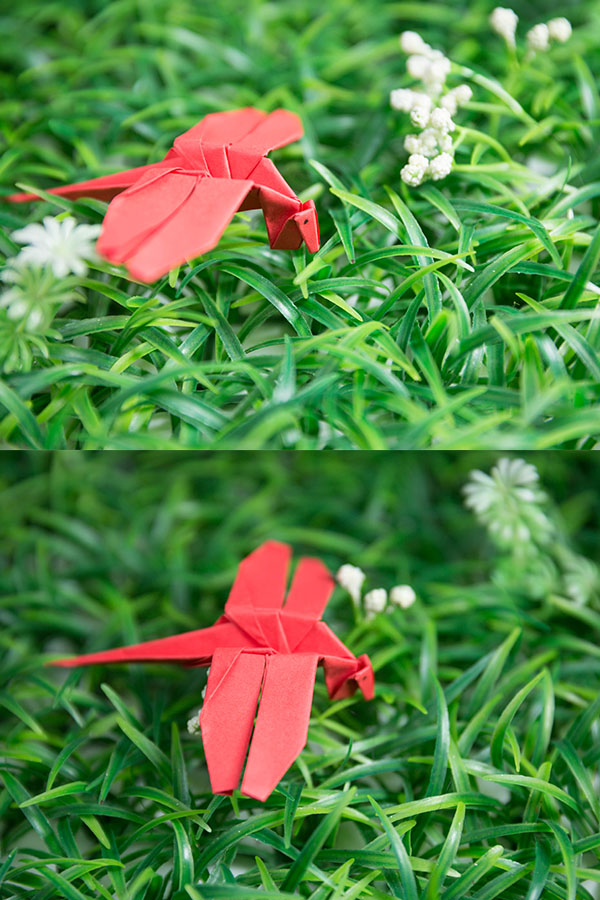 Start with an origami bird base. Fold the rear flap downwards 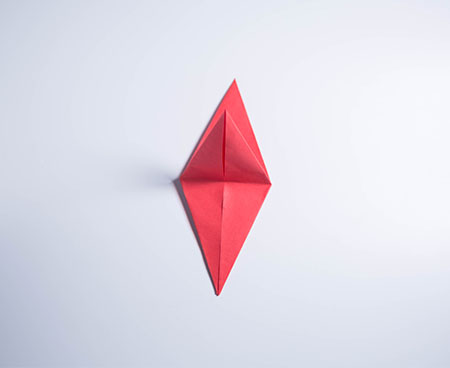 Fold the new flaps down so they are perpendicular to the body of the model. These will be wings. 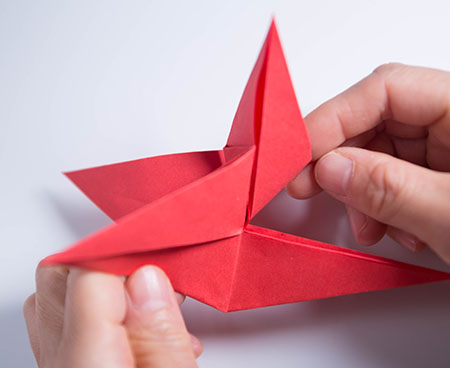 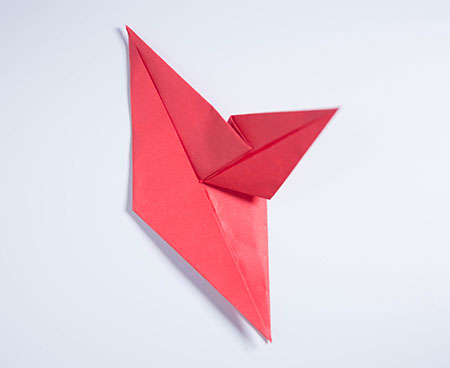 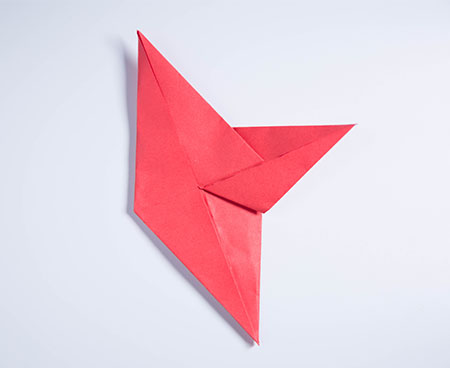 Repeat on the lower left flap. 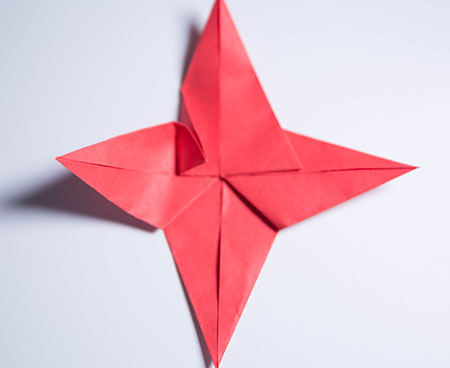 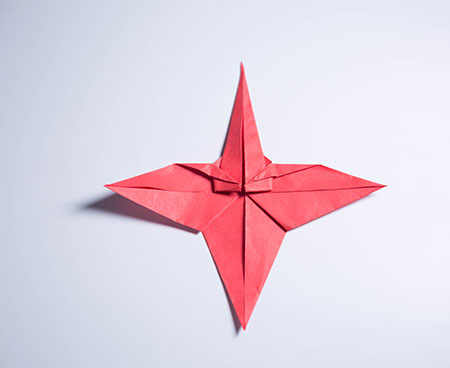 Next flip the piece over. and squash fold flat. 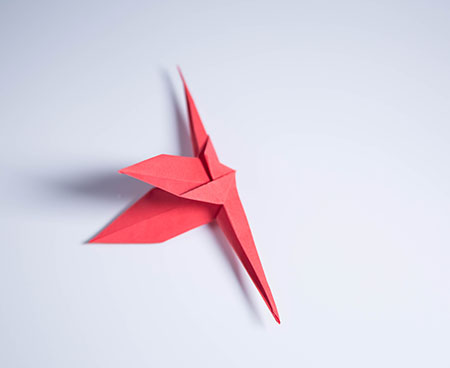 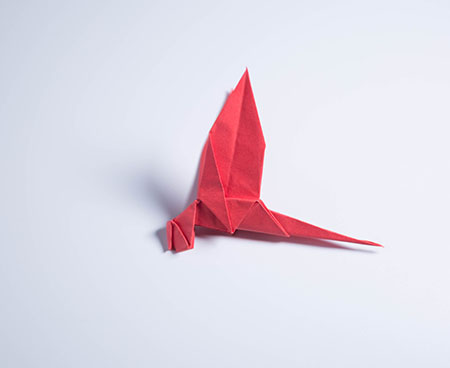 Use scissors to cut the wings in half lengthwise. Then inside reverse fold the tip of each of the four (4) wings. Now your origami dragonfly is complete!