Valley fold the top left corner over to the right. Crease well. Unfold the paper, then repeat the last fold on the other side of the paper. Do a mountain fold horizontally through the intersection of the crease marks. Unfold the last fold, then begin to collapse the paper. This is somewhat similar to a water balloon base, 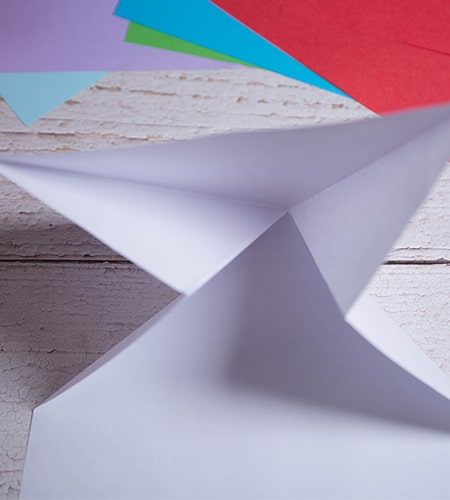 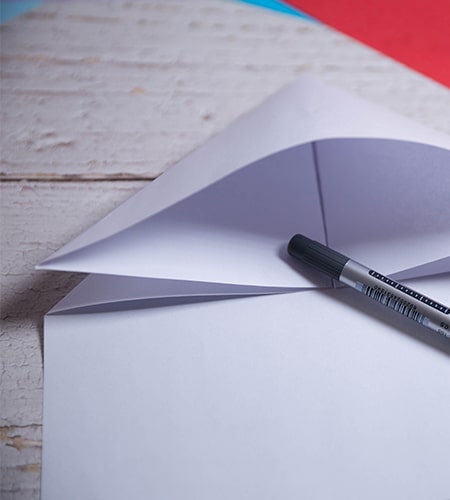 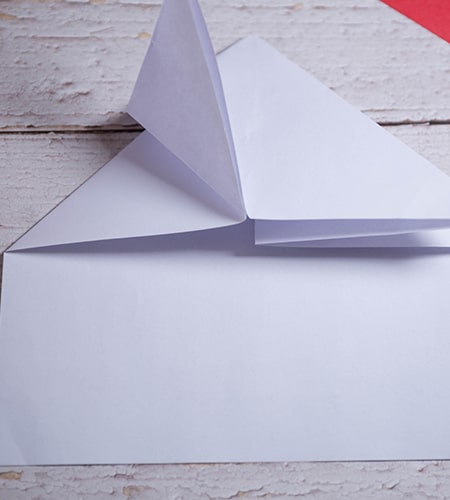 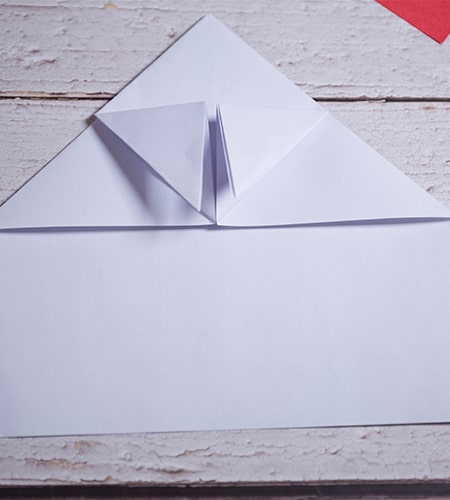 fold to the centerline, then unfold. 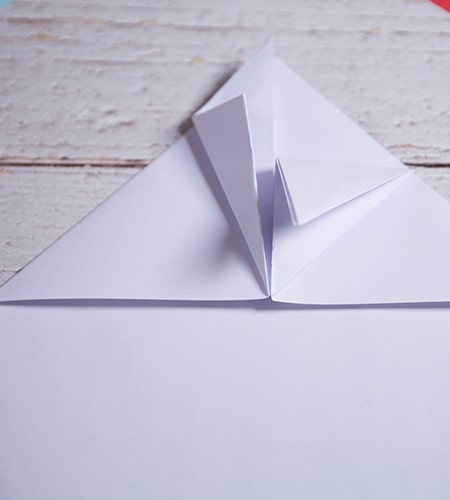 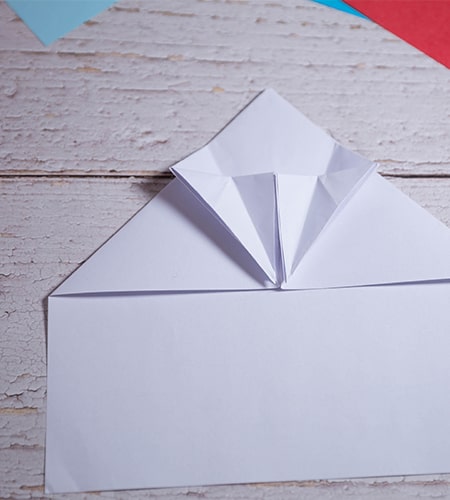 Make a squash fold to bring to the centerline. This is similar to making a fin in the fishbase. Repeat on the right side. Fold the bottom edge of the piece up, then unfold. Cut or tear along the creaseline, and save the extra piece for later. 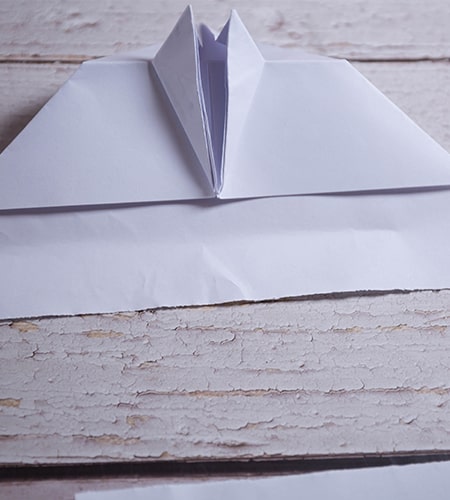 Mountain fold the wing section in half . Now fold the wings down as . The front of the wing base should be slightly higher than the back. 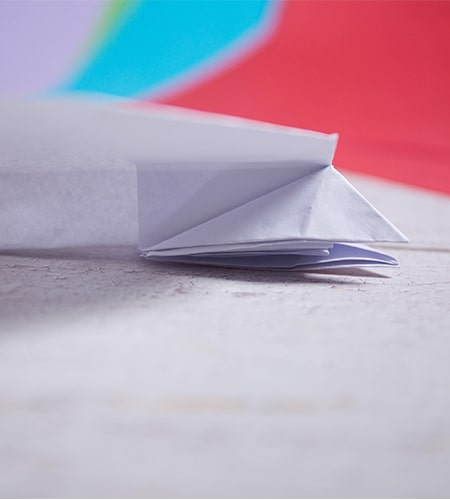 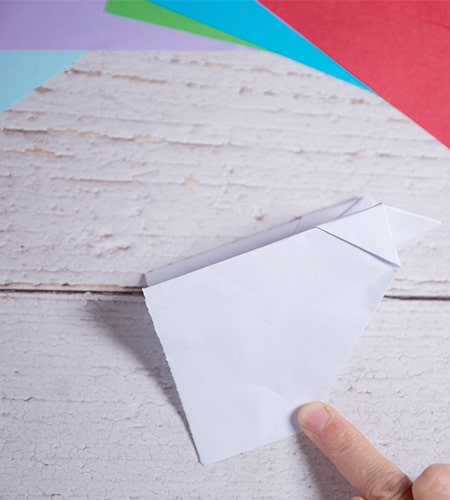 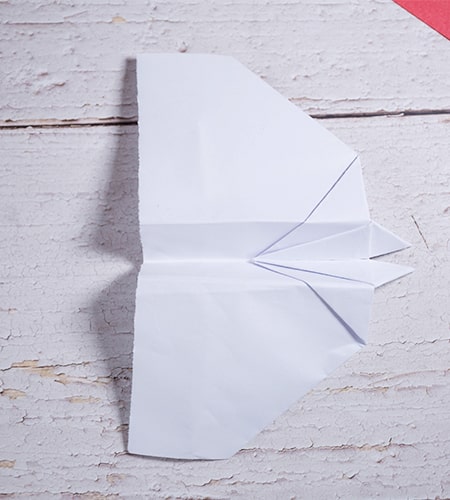 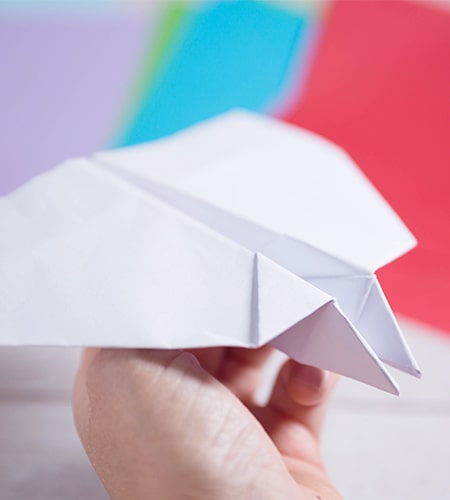 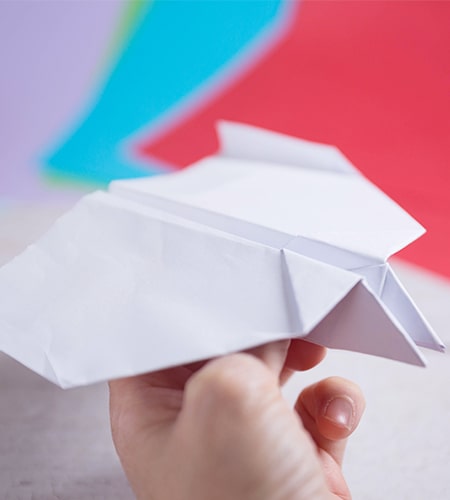 Go back to the strip of paper you cut or tore earlier. We’ll use this for the fuselage (body) of the Swallow. Fold it in half lengthwise. Insert the other end of the fuselage into the wing section. Slide it all the way forward.