This is not a traditional origami and does need a cut to form the “handle” of the bag. origami tote bag instructions 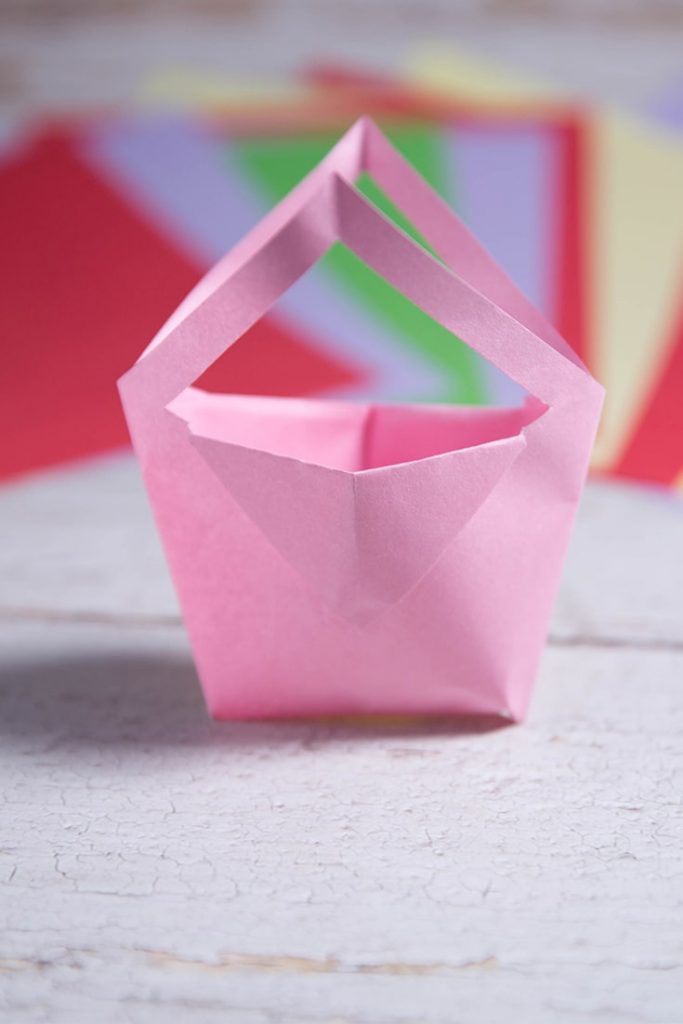 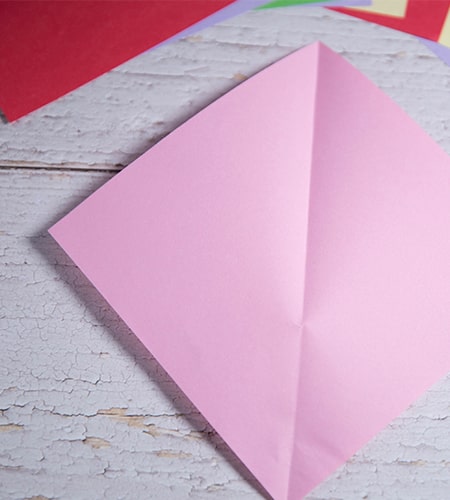 Fold in half along the horizontal axis to form a triangle. 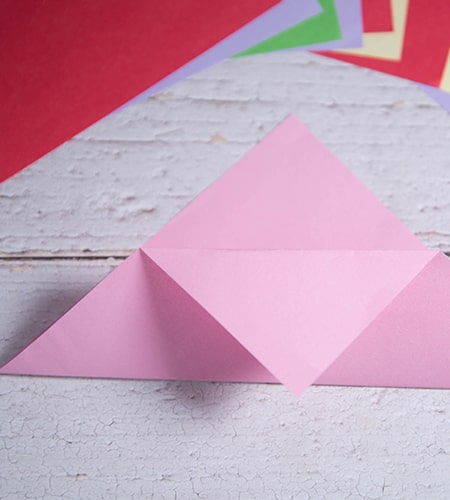 Fold down just the top flap so that the tip lines up with the bottom. Crease well and unfold. 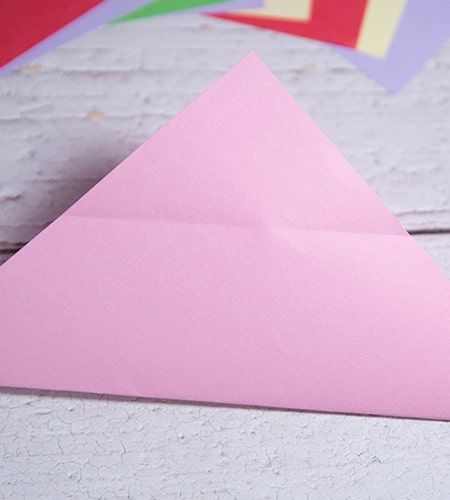 we will fold the left side over, making sure that it lines that with the crease you just made in Step 3. 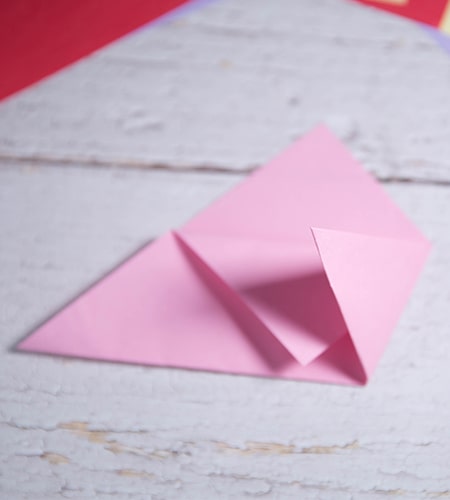 Repeat for the right side, again making sure the it lines up with the crease. 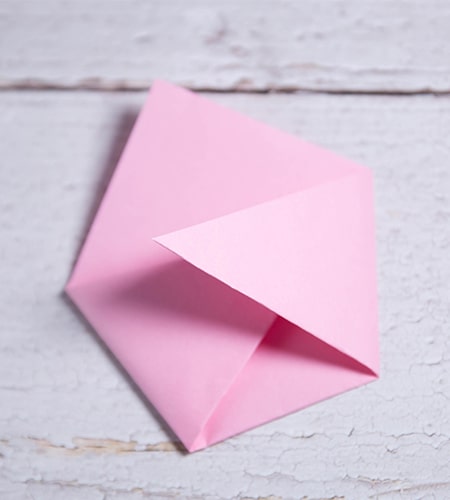 Flip the paper over. 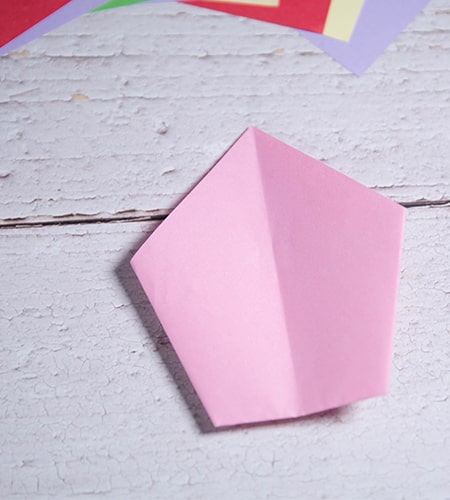 Fold in half, bringing the right side over to the left. 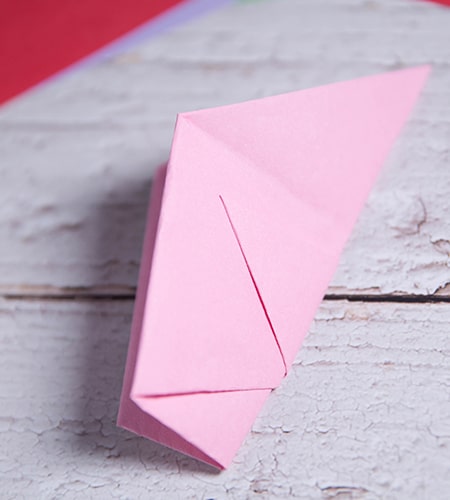 Now we need to make a cut. I’ve drawn a black line on where you should cut the paper. A kid may need adult supervision when using scissors to make this cut. 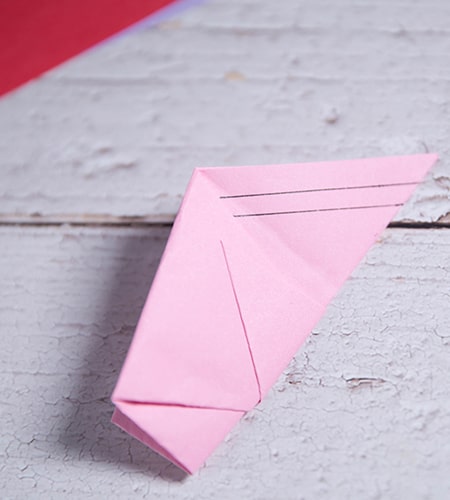 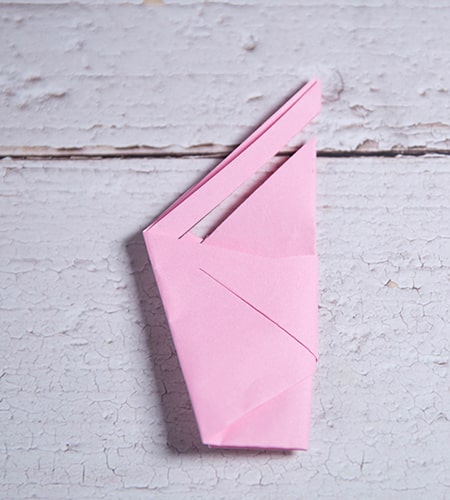 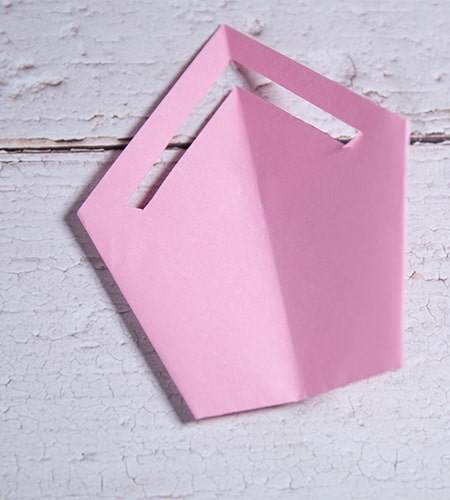 Flip paper over and fold down the top part again. 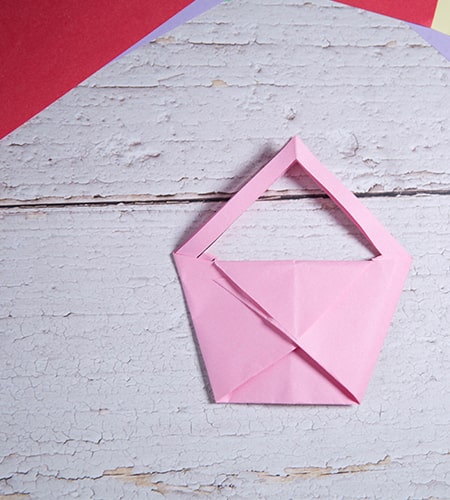 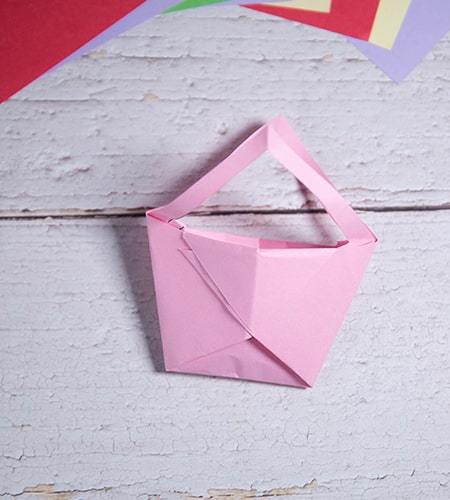