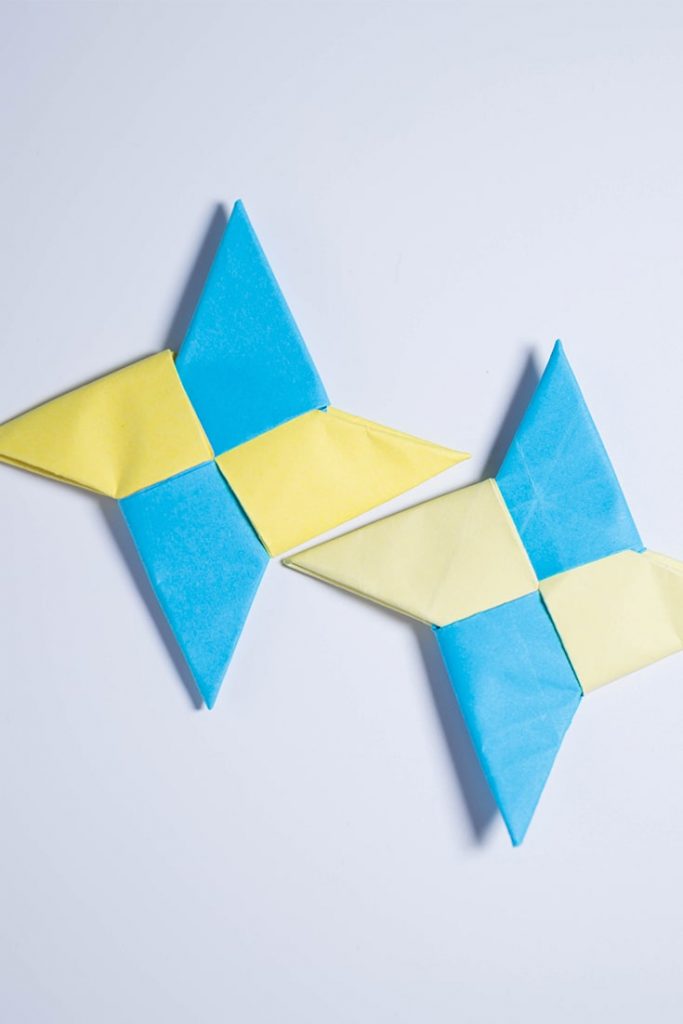 Start with 2 pieces of square origami paper color sides down. 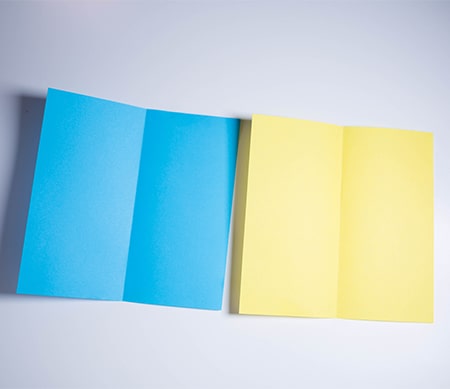 Fold them in half. This is called a book fold. Crease well and unfold. 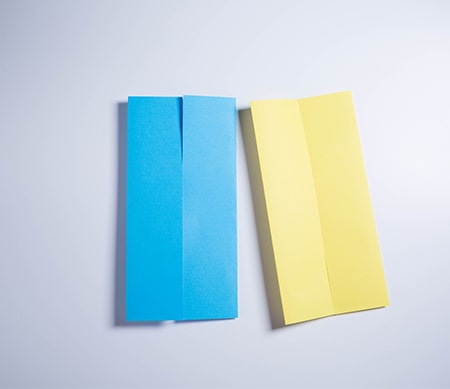 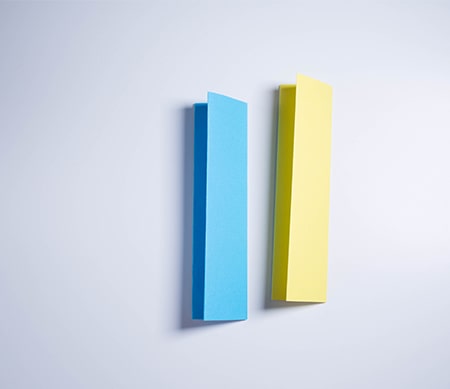 Fold both halves of each paper to meet the center crease. This is called a cupboard fold. 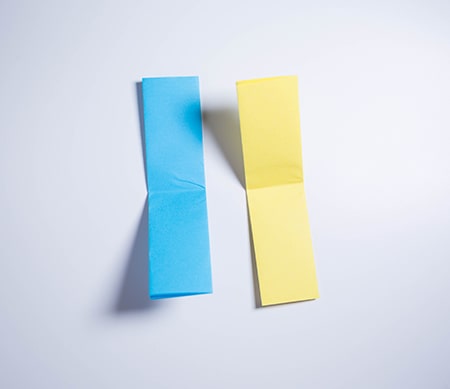 Let’s fold the top parts first. Fold along the diagonal so that the edges line up and you form a triangle. 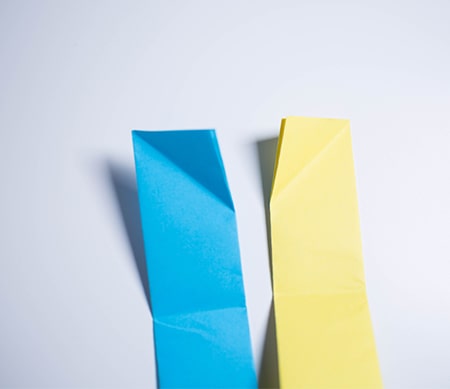 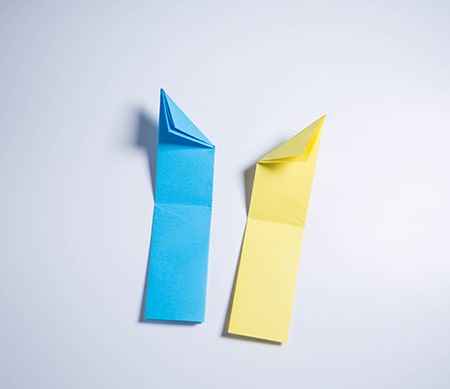 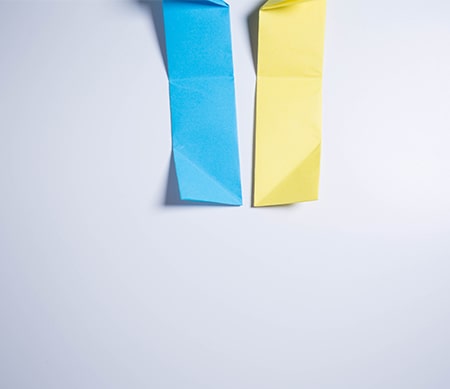 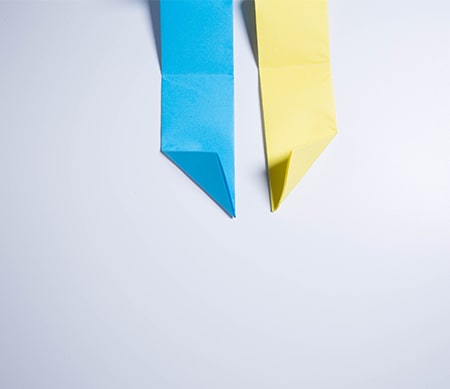 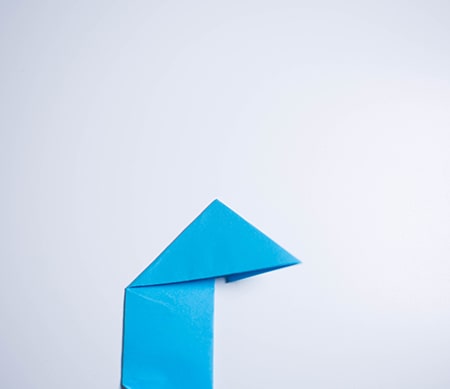 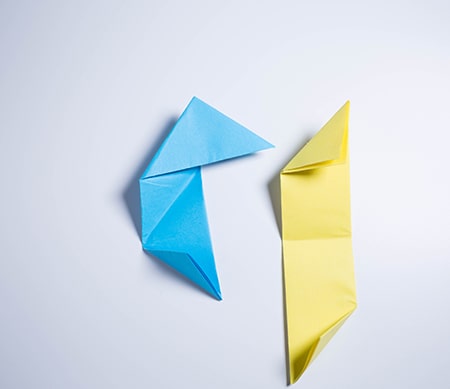 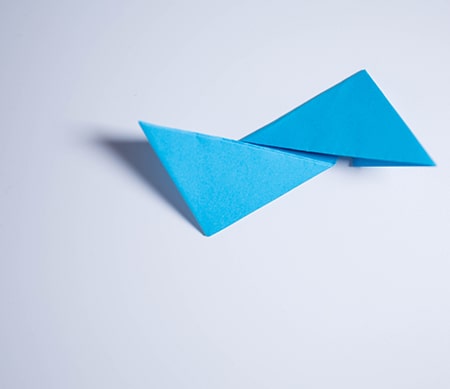 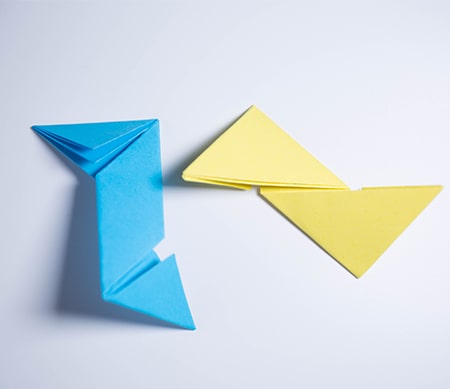 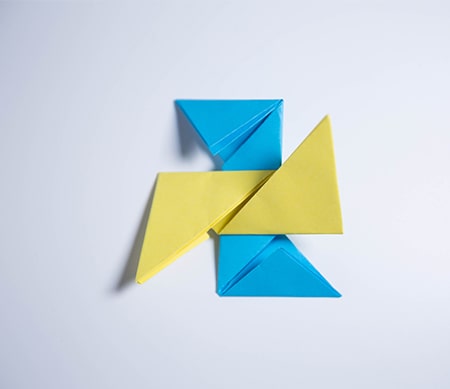 Now rotate the yellow one 90 degrees 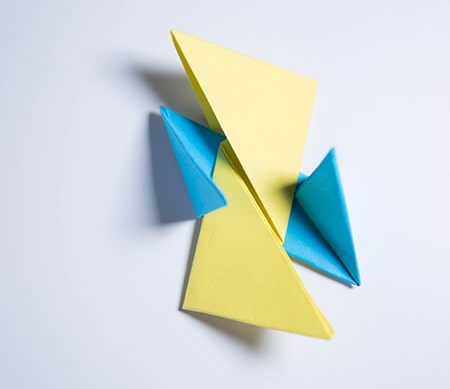 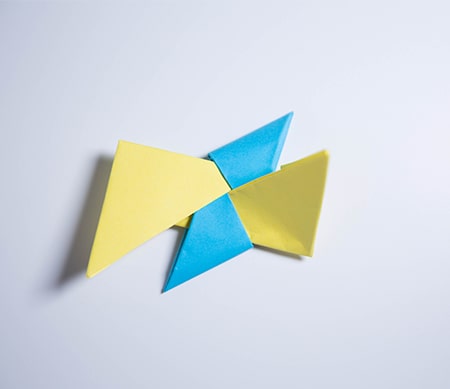 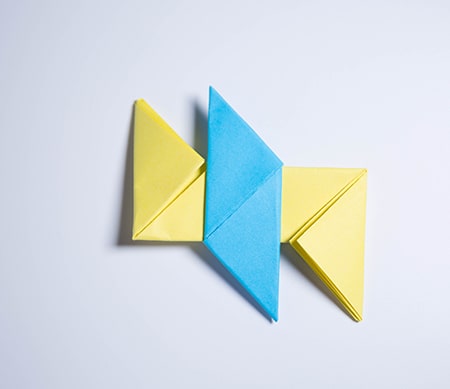 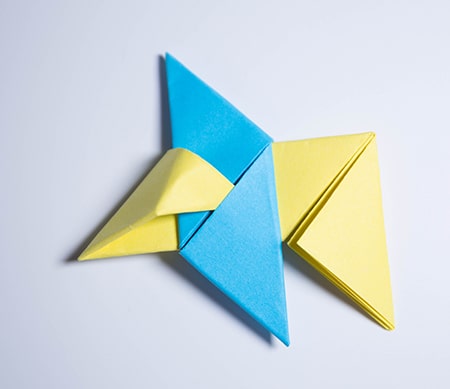 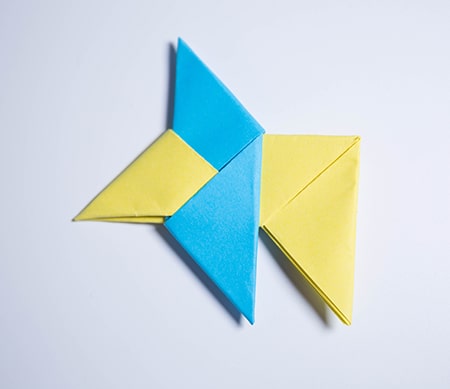 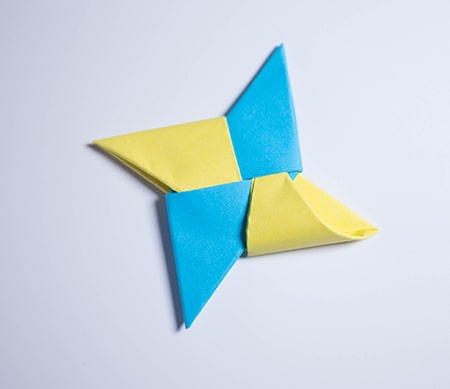 The origami ninja star is done. 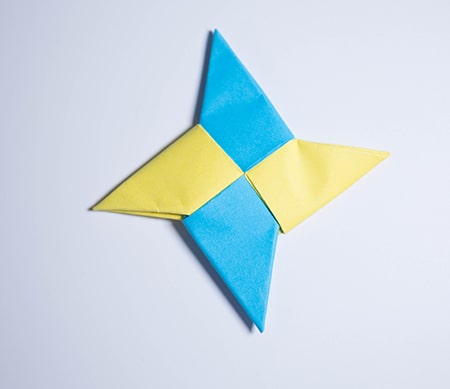 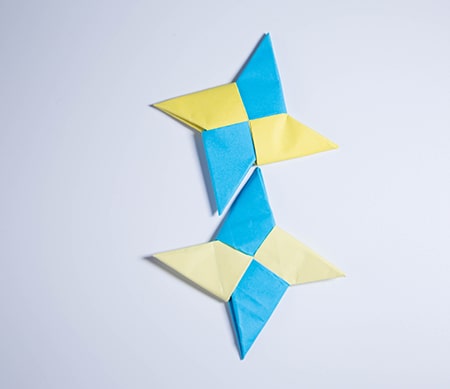