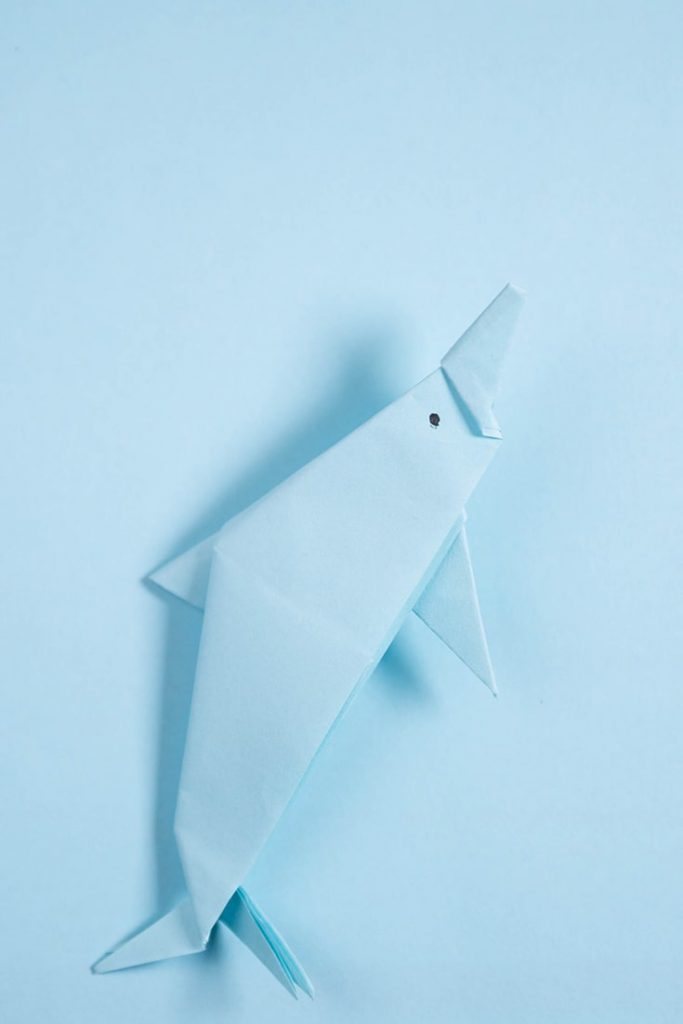 Start with an origami water bomb base. 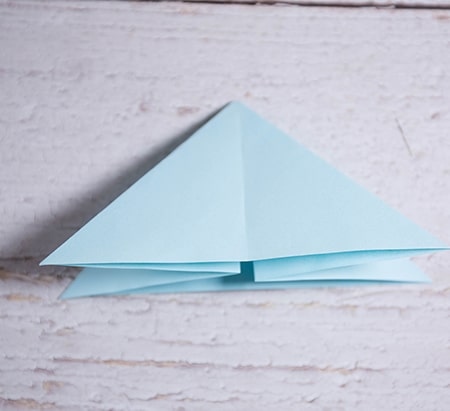 Then valley fold again as shown. 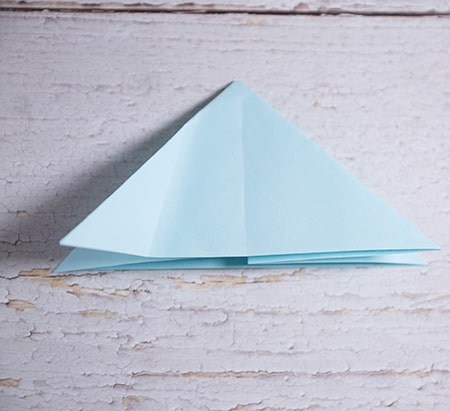 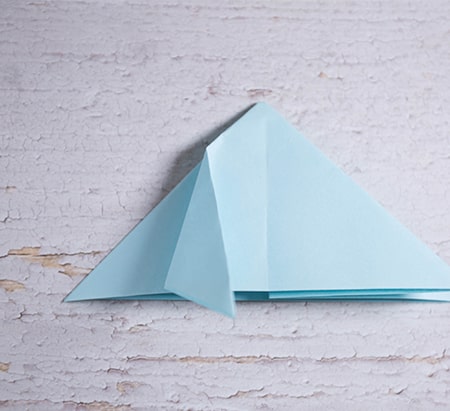 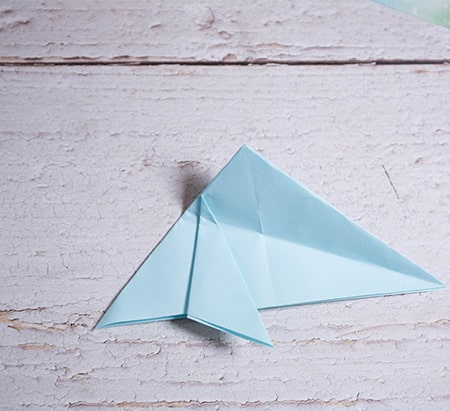 Make a pleat to start forming the nose of the dolphin. 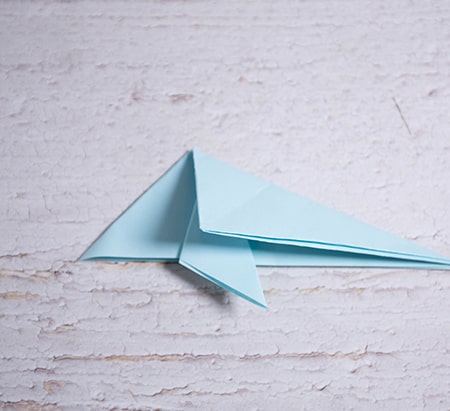 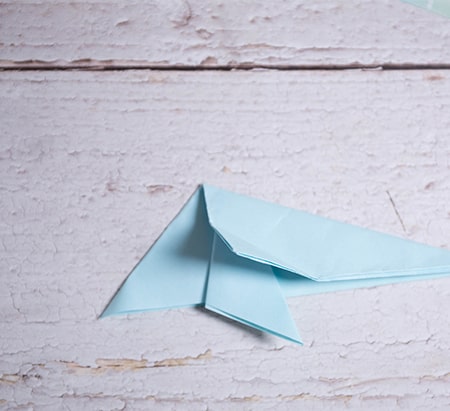 Next do an inside reverse fold to start forming the tail. 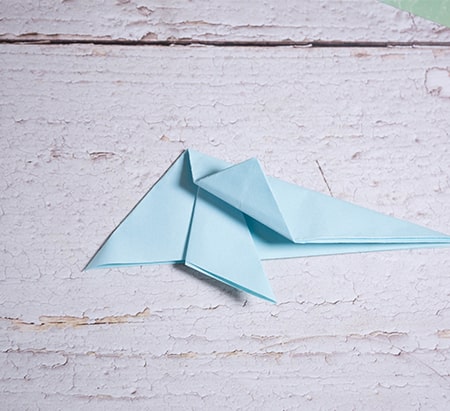 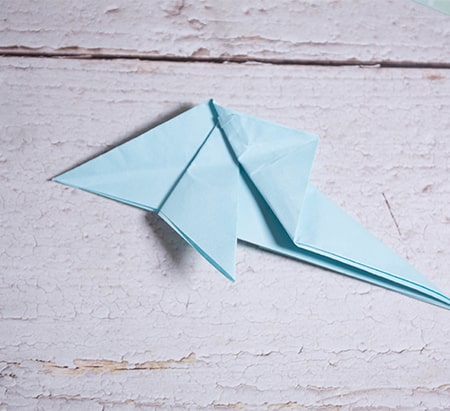 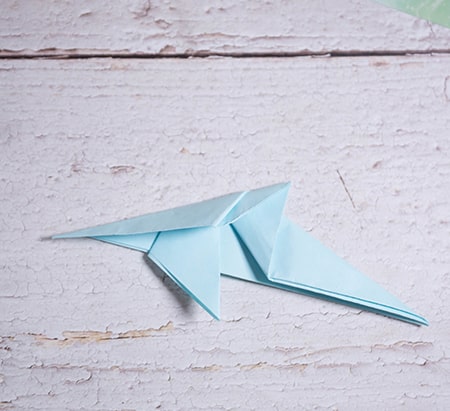 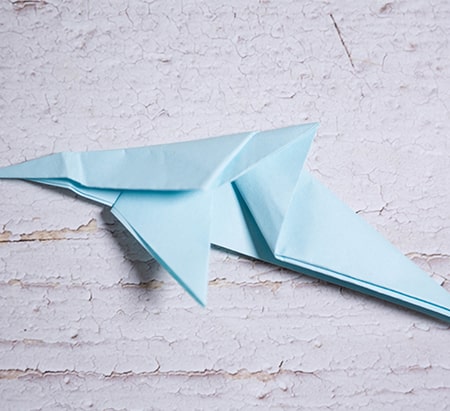 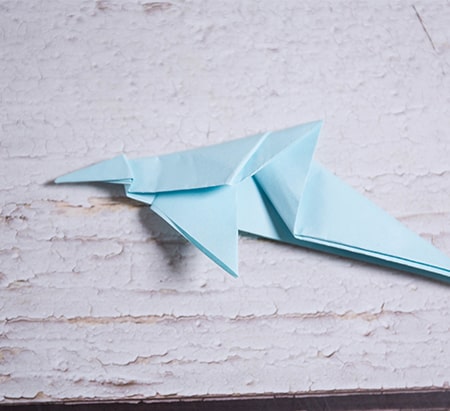 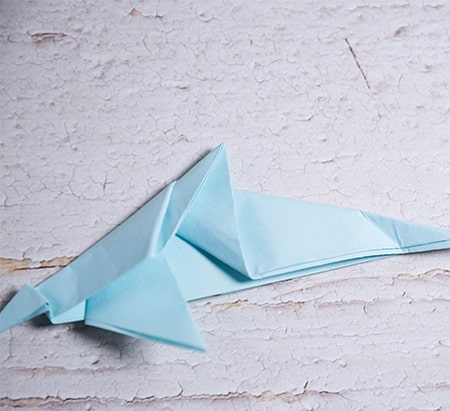 Then reverse fold only the inner layer of the tail upwards. 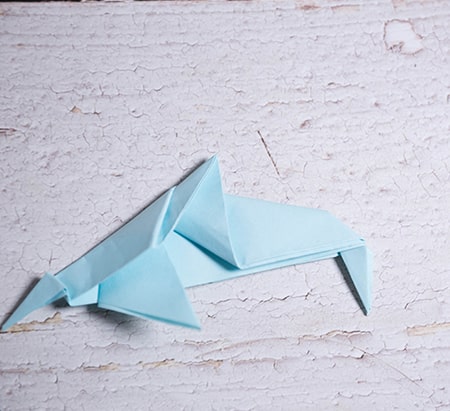 Make another valley fold to complete the flipper. Then do small valley folds on the nose to make a curved shape. 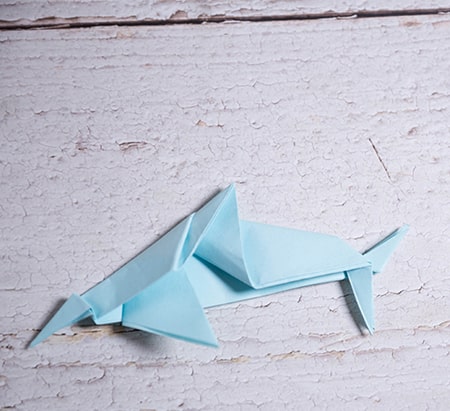 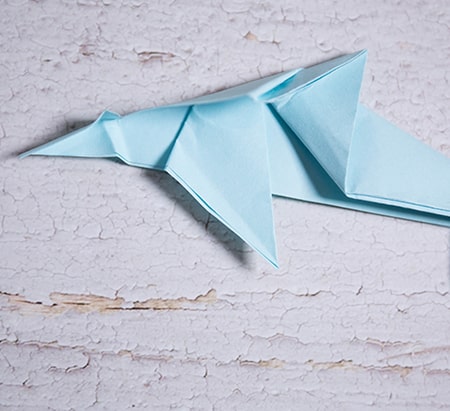 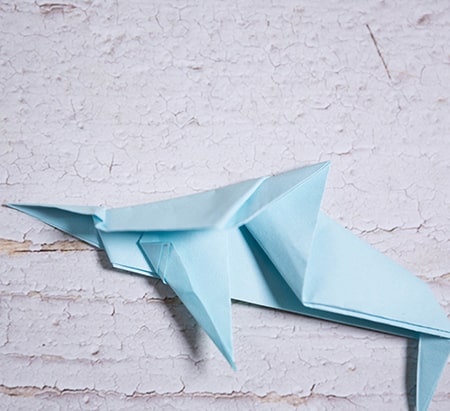 Your origami dolphin is now complete! 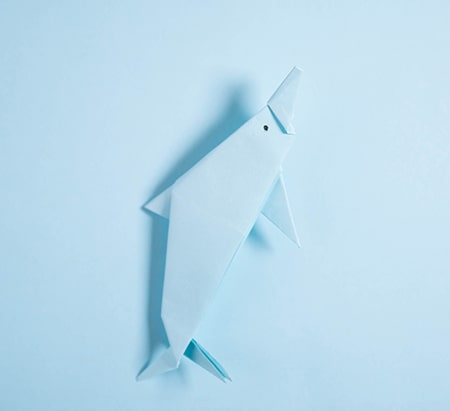 how to make an origami turkey