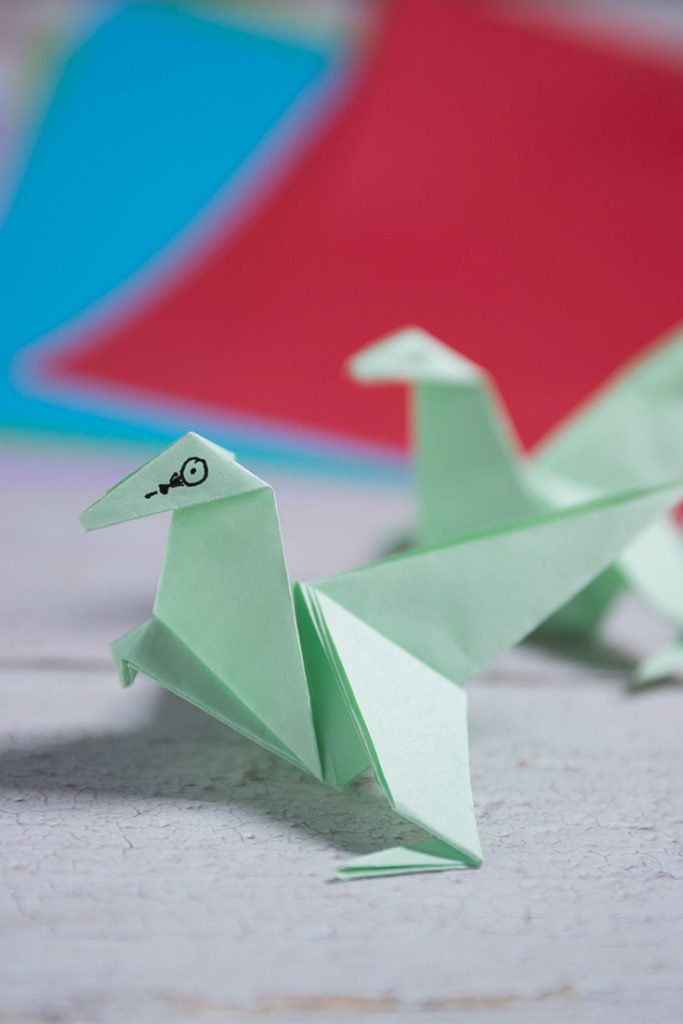 Start by folding an origami square base. 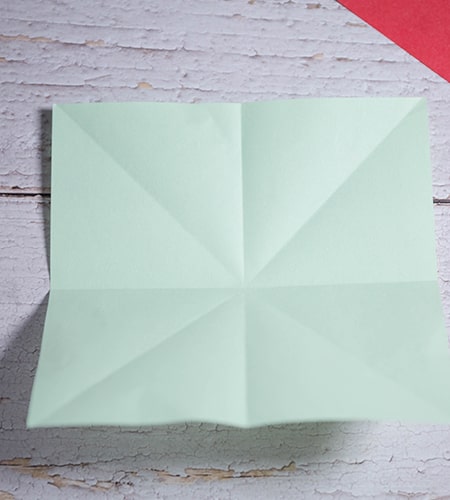 Fold the corners inwards . Crease well and unfold. The creases are very important so go over them once, twice, three times. Fold down the tip. Once again, crease well and unfold. 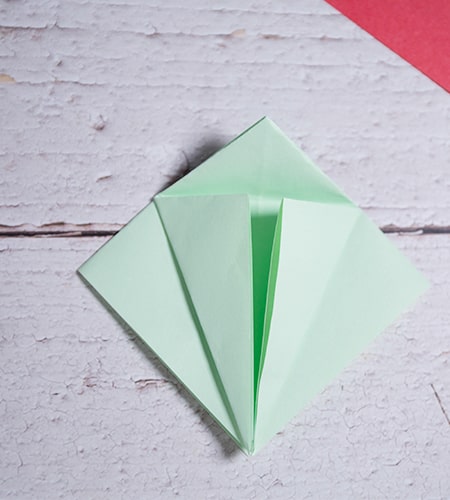 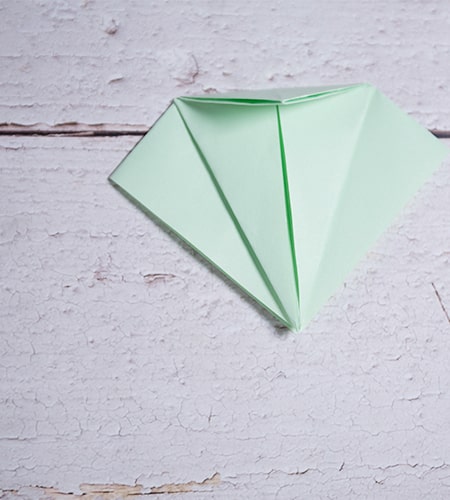 creased and ready for petal fold Lift the bottom corner upwards, and fold along the crease lines and flatten to form a triangle.. 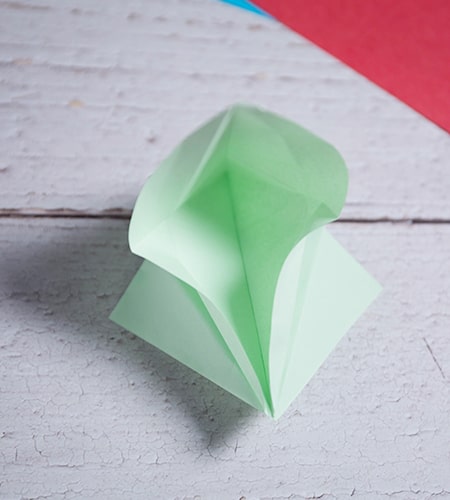 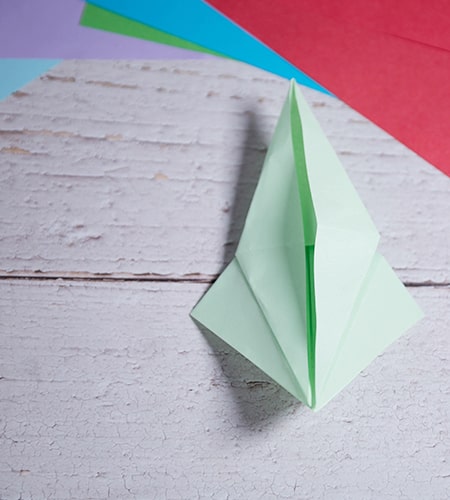 Your bird base is now half-done. Flip the piece over. We’ll repeat Steps 3 and 4 on this side. Fold in the three corners on this side to make crease marks. Once again, make sure to crease well then unfold. 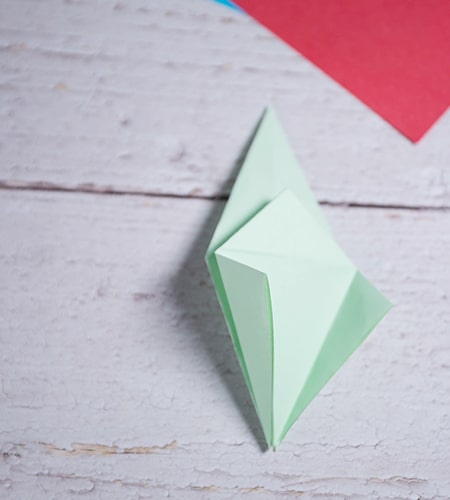 Now lift the bottom corner and do another petal fold. 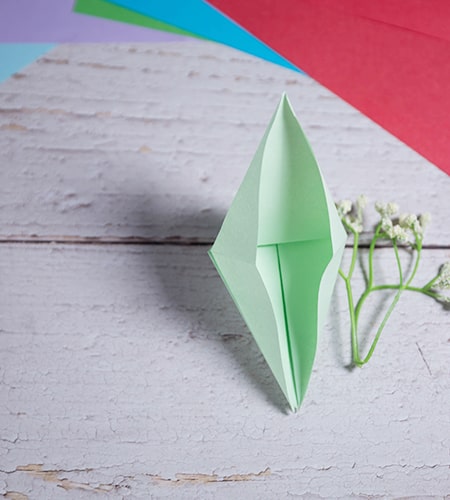 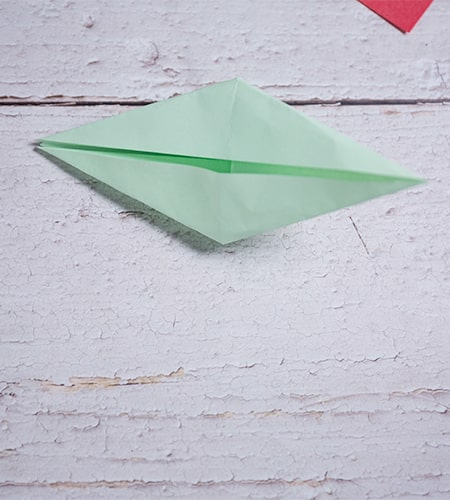 Fold corner of the bird base downwards Next is a reverse outside fold to move corner to a vertical position:

And do a reverse outside fold to start forming the head of the dinosaur, and an inside reverse fold to complete it. An inside front fold forms the animal’s front legs. Fold corner downwards to form one of the rear legs… 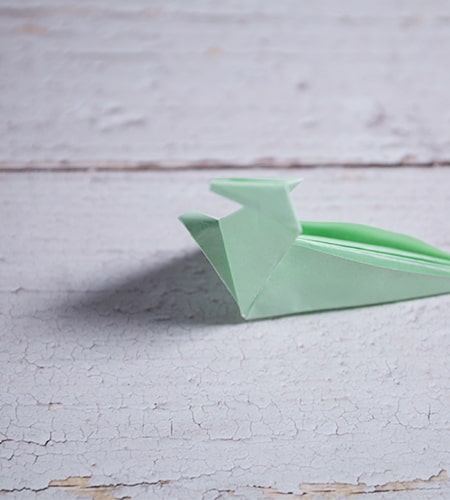 then repeat on the backside to form the other leg. Then crease each of the rear legs , and do a crimp fold to form the feet: Now fold the lower part of the body inside, to slim the creature down a bit: how to make an origami horse